How France Invented the Party! 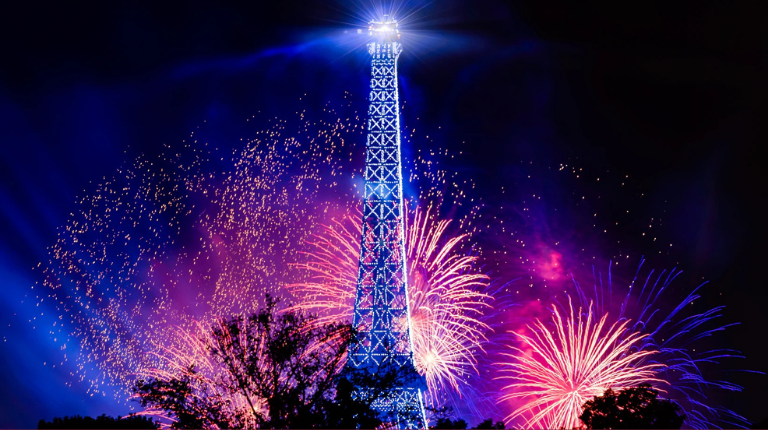 Do you know the real story of France’s Bastille Day and the Revolution that it celebrates? Read on to discover the gripping tale…

Visitors to France in recent years will know what a beautiful and diverse country it is. Its long history, ancient culture speak for themselves, and the country’s standing in the world has never been higher than it is today. It is one of the top six financial countries globally and a significant force in agriculture. But 300 years ago, it was a vastly different story; France was in disarray, a nation falling apart and close to bankruptcy.

Most people will have heard about the French Revolution. But, perhaps, few have considered just how terrible that Revolution really was. It was effectively a Civil war, French against French, neighbour against neighbour. The cause, according to French history, was categorised as the disparity between the rich and the poor. But the truth, as it is portrayed, was much more complicated than that. It was an amalgamation of Royal folly and rule, political mismanagement, greed, and frequent harvest failures, together with rampant inflation caused by war debt.

In the years prior to the Revolution, France’s involvement in the American war of Independence and the seven-year war with England had bled the nation’s financial resources. Yet, tax avoidance by the wealthy aristocrats was still virtually a national sport, such was the weakness of governance. Perhaps worst of all was the flagrant disregard of King Louis XV1 and his court towards his subjects. King Louis XV1 had absolute power. His word was law. Upset him, and you could be thrown in prison without appeal, perhaps never to be seen again. Despite France’s dire economic state, his spending, brutality, and financial excesses were an insult to the people of Paris around him. Understandably, this situation provided the seed of the Revolution and germinated into small but growing acts of rebellion. The poor of France were the most brutally hit, poverty-stricken and dying of starvation.

In 1789 the people of France were split into three distinct groups, the Roman Catholic Church, the wealthy aristocrats, and the ‘Third Estate’, that is, the ordinary people to you and me. Reigning over them all was the King. One start point of the rebellion was a textile factory in East Paris that a few thousand people attacked over the owner’s treatment of their staff. Many rioters were shot dead by troops which served to incite more violent incidents. Then, on July 14th, a mob of Parisians attacked the army barracks of Les Invalides. The troops were sympathetic to their cause; they opened the doors and let them in; the rioters got the guns, but the barracks had no ammunition. So, they moved on to a small fortress used as an ammunition store and prison called the Bastille. Buoyed by the troops at Les Invalides letting them have the weapons, the insurgents tried a new approach. A delegation went to see the fortress commander and politely requested he hand over the ammunition for their guns. The commander declined their request but, impressed by their statesmanship, invited them to dine. Even then, in France, everything stopped for lunch.

A second demand was for powder, and bullets were made but received similar obstinance from the fort commander; the mob’s impatience grew and, enraged, they forced their way into the prison. The rioters attacked the Bastille fort to get the ammunition needed for their newly-acquired guns. The defending troops fired on the rioters, killing many of them. And without ammunition, the rioters could hardly fight back. Fortunately, other soldiers sympathetic to the rebel’s cause arrived in support with arms and cannons and the Bastille Commander was forced to surrender to avoid a massacre. The rebels took the Bastille Commander prisoner. On that day, luncheon was forgotten; they cut off his head.

This action is considered by the French as the most critical moment of the 1789 Revolution. It is seen as when the people of Paris rose against King Louis XV1, the first notable defiance of the Kings army and his abuse of royal power. Every year, France commemorates the storming of the Bastille fortress and the release of its prisoners. Although, the event is more symbolic than factual. The emphasis of the insurgence has changed with the telling; it was still significant, but the storming of the Bastille was not the real beginning of the Revolution. Somewhat downplayed is the intention of the rioters to steal ammunition. Or, that unbeknown to the mob then was that Bastille prison held prisoners, seven of them mostly lunatics and true criminals. The insurgents released them only to be locked up again elsewhere, although one, a member of the nobility, was accepted as a political prisoner and released. But why spoil a good story with the truth?

After the Bastille, things became seriously violent. The spectacle of guillotining the rich and royals drew huge crowds. The burning and robbing of grand houses and Chateaux were a hot ticket. It took nearly a year for the King to react and call together his Parliament. He listened to the grievances brought by the people, which were numerous. Topping their list was a system like England, where parliamentary law was equal to or above the Monarchy. But anything related to English rule was never going to be accepted. Not surprisingly, getting down to the nitty-gritty of government was very difficult, and they struggled to agree. Finally, the commoner’s representatives walked out in frustration and decided to form their own Parliament. In a fit of anger, Louis XV1 locked them out. Not one of his better decisions. From then, the violence of the Revolution multiplied and gained in ferocity.

More Chateaus were burnt, the aristocracy or anyone standing in the rebel’s way was killed. Many thousands died on the guillotine. Much of the nobility fled to England, poor but alive.

King Louis XV1 eventually met his fate on January 21st, 1793. He was driven by open carriage, naked, to the scaffold at La Place de la Revolution, where he was executed by guillotine (an English invention). The violent and chaotic Revolution had transformed the country from a thousand-year-old monarchy to a Republic in one quick drop of the blade. His wife, Marie Antoinette, suffered the same fate at the guillotine nine months later, on October 16th, 1793.

So, on July 14th, 1790, the French invented the Party. In typical French style, it commences the day before, on the night of July 13th. It starts with an enormous bang when thousands of pyrotechnic explosions in every commune of France mingle with the popping of corks and tinkling of beer bottle caps and merriment abounds to celebrate the birth of the Republic of France. You might know it as Bastille Day. This is now the most celebrated event throughout France. It’s heralded every year on July 14th by Europe’s oldest and largest military parade along the Champs-Elysées in Paris in front of The President, multiple foreign dignitaries, and guests. It was made a National Holiday in 1880. The term Bastille Day is used more by English speaking countries than in France itself. It is more likely known as La Fete Nationale or Le quatorze Juillet (July 14th).

Sometimes, even us Brits even get an invite. For example, in 1940-44, during WW11, the parade was held in London under President Charles de Gaulle; despite this, he still said non to the UK joining the Common Market! I cannot possibly think of a reason why?