Lunch with a Boa Constrictor in Singapore 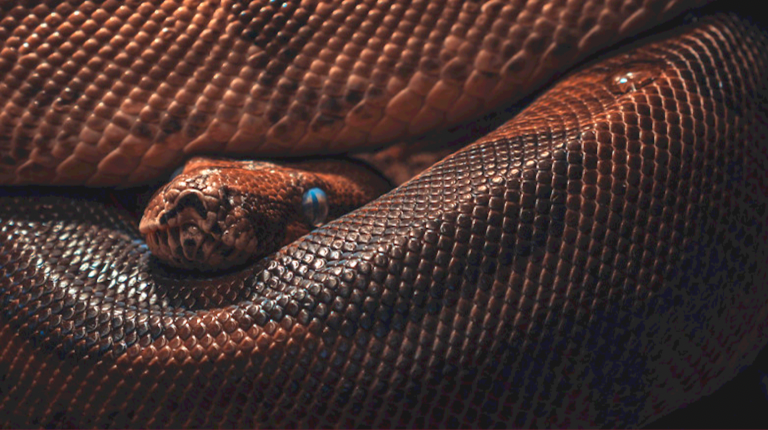 The nineteen eighties were a traumatic time for the British Newspaper Industry and the people working in it. Me, being one of them.

The ‘old school’ wealthy English proprietors, fed up with constantly battling with the strong printing trade unions, were only too eager to part with their newspaper titles. This led to a new breed of owners taking over. First, in 1969, Rupert Murdoch, an Australian newspaper magnate, purchased the News of the World and then added The Sun, The Times and the Sunday Times to his collection. His actions started a bitter power dispute with the Unions.

Then, in 1984, A Czechoslovakian Publisher named Robert Maxwell took over the Mirror Group, the company where I worked. Both men were determined to break the stranglehold of Union power and bring in the long held-back new technology the industry needed. They were tough, wealthy businessmen and the sector was hugely overstaffed. It was evident that substantial job cuts were on the horizon. Despite having the advantage of youth and a management position on my side, I knew I wasn’t safe. Managers were, in fact, particularly vulnerable. I needed to consider other work options, even those in pastures new. There would be few opportunities left once the cutbacks were made.

While I pondered my situation, an opportunity arose to join a friend on his mission to set up a business in Queensland, Australia. My wife, Susie, and I decided to take up the offer. My time away was signed off by my director, and we prepared for the trip. At the last moment, a senior board director heard of my plan and intervened, telling me I could not go. I told him it was signed off and paid for; I was committed to going. He responded by telling me that if I went against his instruction, he would sack me. He did! But that is another story. The die was cast; we had not expected the trip to cost me my job and career. With nothing now to lose, we took the plunge and went for it.

We booked a stopover in Singapore on our journey to Australia. Although one of the world’s smallest countries, at less than seven hundred square kilometres, it proved to be a fantastic place. It is located on the Malay peninsula and is now merged with Malaya. Some call Singapore the Garden City. The people are a wonderful variety of cultures. A mix of Asian, Chinese and Indians, mostly English speaking and amiable. A brochure on the flight described it as ‘Instant Asia.’ Changi Airport Terminal was of a modern, futuristic style and almost a holiday destination. It was a great airport, the like of which we had never seen before. The terminal building even had a massive waterfall inside.

We booked to stay over. Who would not? The airlines were offering terrific deals to encourage people to stay over in Singapore. An immaculately uniformed Chauffeur collected us in a limousine from the terminal; he had a board with our names written on it. He took us to the luxury Marco Polo hotel in the city centre. Our fabulous night’s stay cost only £25 for us both. The chauffeur mentioned the trees and foliage along the road were in huge containers and could be moved quickly, along with the numerous taxis, to create an aircraft runway. Arriving in the evening, we decided to eat out and explore. The concierge recommended Newton Circus, a massive open market with food and other stalls; each food stall served different meals cooked on the spot. You would choose your food, and they would cook it in front of you. It was a wonderful experience at minimal cost, and the food was delicious. The whole place buzzed.

The first thing you notice about the city is that it is spotless, with no litter anywhere. Due probably, to the instant high penalties imposed if you are seen dropping something on the pavement. Following our hotel breakfast, we flagged down a rickshaw driver to negotiate a price for a tour of the sights, including Little India, the Indian sector, a visit to Chinatown for lunch, and some afternoon shopping to finish. A good deal for us all provided an incentive for a good tour. He spoke perfect English and had excellent knowledge of the history of the region.

Reaching Chinatown, our driver stopped us at a table for lunch. We were seated next to a large cage occupied by an enormous sleeping Boa Constrictor. The Boa was tightly coiled, so it was difficult to guess the snake’s length. But gauging by the thickness of its body, which was close to the size of a man’s leg, the driver said it was around three to four metres long. We were shocked to discover that our anticipation of a midday meal was misplaced—this realisation dawning when someone threw a full-size cockerel into the serpent’s cage.

We had been given prime seats to watch the Boa Constrictor eat lunch! The chicken strutted about on top of the snake in the cage, the crowd around us increased. The tension in the air was incredible.

We did not get to witness the dreadful finale. When the Boa Constrictor half-opened its sluggish eyes, possibly feeling a little peckish, I glanced at Susie; she appeared distinctly off-colour and nauseous. Feeling her need to leave, I pulled our disappointed rickshaw driver away from the show.

As an antidote to that possibly gruesome moment, I treated Susie to ‘Tea and Tiffin’ (cakes) in the Tiffin Room at the famous Raffles Hotel. Topped off, of course, with a Singapore Sling at the bar. Raffles was not at its best when we visited it. A few years later, it had a comprehensive renovation. Susie loved Orchard Road, a shopaholics paradise and fantastic retail therapy. Everything was for sale there.

Staying in Singapore was a perfect stopover on a flight to Australia. One we were to repeat many times over. However, we did avoid lunchtime in Chinatown. Next stop, the far north city of Cairns, Australia.